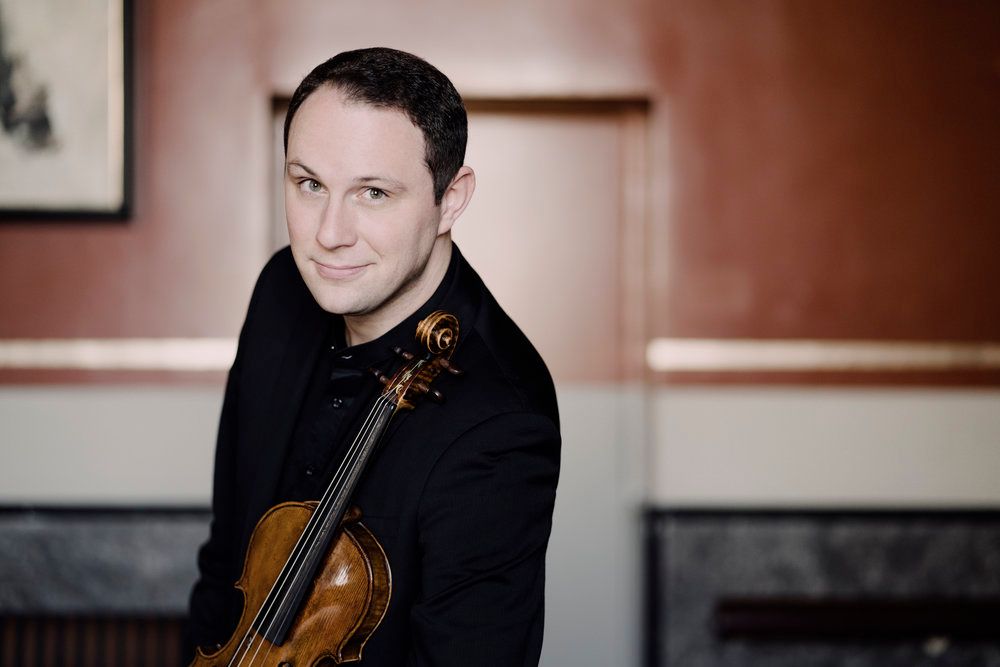 Jeffrey Myers, first violinist of the Calidore String Quartet, makes his home in New York City.   His chamber music career with the award winning Calidore String Quartet has established an international reputation for its informed, polished, and passionate performances. The quartet won the $100,000 Grand Prize at the inaugural 2016 M-Prize International Chamber Music Competition along with grand prizes in the Fischoff, Coleman, Chesapeake, and Yellow Springs competitions and captured top prizes at the 2012 ARD Munich International String Quartet Competition, and Hamburg International Chamber Music Competition.  The CSQ is a recipient of a 2018 Avery Fisher Career Grant and a 2017 Lincoln Center Emerging Artist Award. The quartet was the first North American ensemble to win the Borletti-Buitoni Trust Fellowship, was a BBC Radio 3 New Generation Artist, and is currently in residence with the Chamber Music Society of Lincoln Center’s Bowers Program.

As a soloist, Jeffrey has performed with the Columbus Symphony Orchestra, the National Repertory Orchestra, as well as the Colburn Orchestra.  He has served as guest concertmaster of the Houston Symphony Orchestra and has also served as concertmaster of the National Repertory Orchestra, and the Colburn Orchestra.  Jeffrey has collaborated with such artists as Jean-Yves Thibaudet, Marc-André Hamelin, Menahem Pressler, as well as the Ebène, and Emerson String Quartets.  Festival appearances include the Aspen Music Festival, Banff Centre, BBC Proms, Ravinia, and Verbier Festival.

Born in Columbus, Ohio to music educators, Jeffrey began playing the violin at the age of five.  As a graduate of the Colburn Conservatory of Music, he studied with renowned pedagogue Robert Lipsett.  His other teachers and mentors include Paul Kantor, Michelle Kim, Arnold Steinhart, and Mary Irwin. Committed to sharing his passion for music, Jeffrey is currently an associate professor of music at the University of Delaware.

Jeffrey plays on a rare Italian violin made by Francesco Rugeri in Cremona c1680, owned by a private benefactor and on loan through the Leonhard Fellowship with strings kindly sponsored by Thomastik-Infeld, Vienna.